Challenging, entertaining and loaded with comedic interaction, our mystery shows turn your guests into suspects and sleuths, letting them deduce their way to the end of the show, where they uncover a murderer! 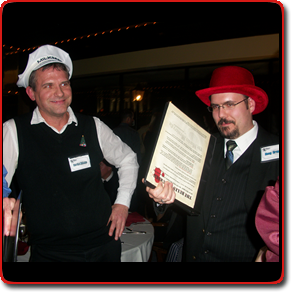 Trained actors interact during cocktails and dinner dropping clues. Following dinner, the actors present the wrap up and reveal the murderer(s). Guests who correctly guess "Who Dunnit" can be awarded a prize. 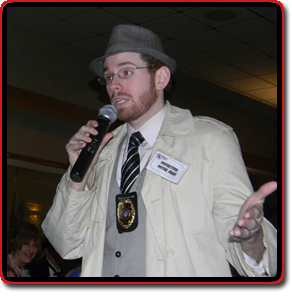 IT'S YOUR PARTY offers additional props, decor and entertainment to enhance the murder mystery format from live music to photo opportunities to casino games. Some of our most popular themes are: